Print Green was designed for the Intermedia Arts course at University of Maribor in 2013, under the mentorship of prof. Dušan Zidar as the subject holder. Beside myself, Print Green group originally consisted of Danica Korošec, Urška Skaza, Tina Zidanšek (all of us students at the Faculty of Education Maribor, Department of Fine Arts) and Simon Tržan, who made the printer.

The specialy adapted CNC machine was designed as a “green” printer: instead of an ink it uses a mixture of soil, water and grass seeds, thus enabling the motives being printed out to grow green in time with proper care.
The »Tiskaj zeleno« project (trans. Print green) thus unites art, technology and nature. Creativity of art, combined with modern technologies and inovative approaches, uses a special CNC machine as a printing device. Instead of canvas it uses Styrodur, covered with black felt, bolstered with sponge. On this basis the CNC device applies/prints the mixture of soil, water and seeds. Instead of 3D printing cartridges organic mixtures are used, which become green with time.
The finished results are printed 3D models with capability of “turning green”. Therefore it is about creating a “living” design/print – it becomes green and so as real biological growth the project Print Green transverses the term “think, before you print” as the used motto and turns it into the slogan of an alternative modern society – “print, because it is green”.

Later on Danica, Urška and Tina decided to dedicate themselves to other activities and I have continued this project alone with the help of Simon. 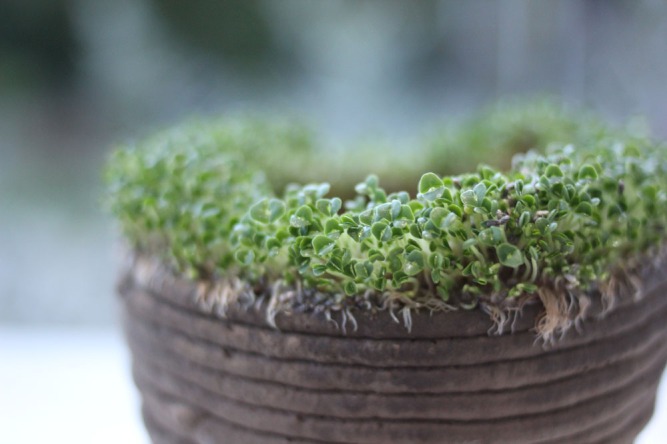 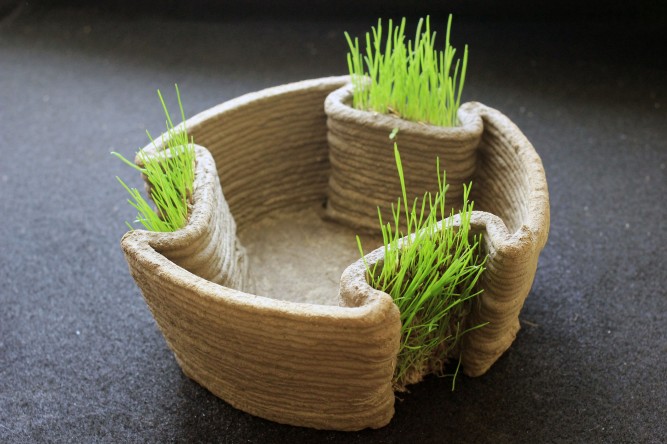 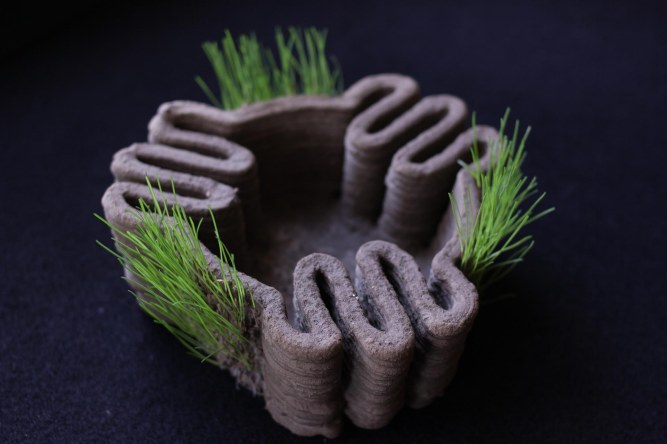 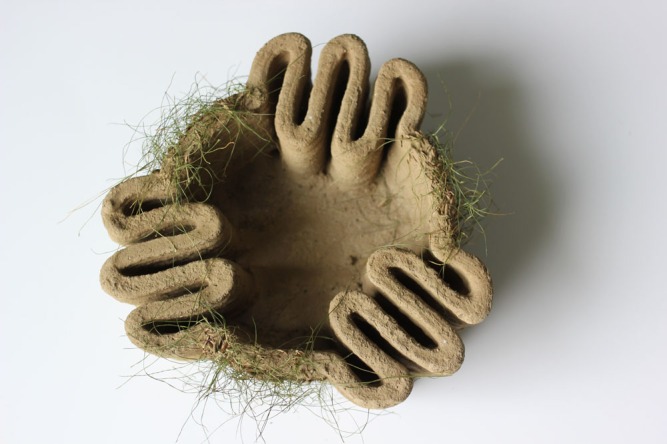 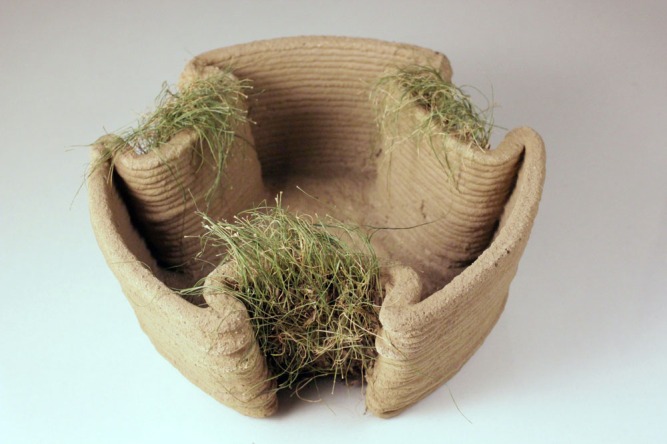 One Reply to “print GREEN”